Wigs have been used throughout all recorded history. From the ancient Egyptians using wigs a shield from the hot sun to European nobility with their powdered white wigs until present day. You’ve seen those paintings of the founding fathers in their white wigs, or noticed in the British courtrooms those odd looking hairpieces they wear. Historically wigs have been at every point of human culture. There is nothing unusual about seeing prominent people sporting wigs. 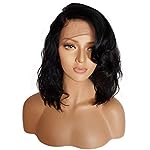 Looking their best has been the most normal use of hairpieces. Indeed at every point in human history wigs have had a prominent role in cosmetic appearance as well as being used for protection from sun and also as a way to prevent infestation of the natural hair from lice. In earlier times wigs were fashioned from many different materials. Believe it or not wigs have been made from horsehair, buffalo fur, wool and even feathers!

Today virtually all wigs are made from either human hair, synthetic materials, or a combination of both. Nowadays women and men have the luxury of being able to wear wigs that are so realistic that they can’t be distinguished from a persons real hair. Look at most movies or television shows and you’ll see actors wearing different looks all the time. In today’s hyper active lifestyles many people wear wigs for their convenience. Rather than spending time at the beauty parlor, or in front of the mirror every morning you can just simply select your favorite wig for the day, put it on, and go about your day with the hairstyle that you desire. Most people have a variety of wigs at their disposal. Long hair one day and a short bob hairstyle the next is easy to accomplish without any effort at all.
If you’ve never owned a wig or you’ve been wearing them for years there are always new and attractive choices being created all the time. Try some of the latest looks and see if wearing a wig will un complicate your already too complicated life!

The Best Selection At The Best Prices